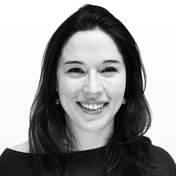 
I am a post-doctoral fellow at the Interactive Media Systems Group at Vienna University of Technology, and a past research fellow and student at the MIT Media Lab and the Fraunhofer Institute for Computer Graphics. I have 7 years of experience in Virtual and Augmented Reality, focusing on optical tracking in large physical environments and intuitive 3D human computer interaction.

Born in Mainz/Germany, I decided to study computer sciences after getting my first computer at the age of 15 and realizing that this is a pretty cool tool to create things :-) I received my MSc from University of Applied Sciences Wiesbaden/Germany and my PhD from Vienna University of Technology/Austria.

My research and projects were featured by newspaper, tech blogs, news agencies, television and radio, including Reuters TV, MIT Technology Review, New Scientist, ORF and Deutschland Radio (see full list). In 2011, I started combining my research in tracking with robotics to enable autonomous flight of unmanned aerial vehicles. We developed the Smartcopter that autonomously explores indoor environments by only using a conventional Smartphone as the core on-board processing unit.

I am a reviewer for a number of scientific conferences and journals, including IEEE Virtual Reality, 3DUI, Computer & Graphics and the International Symposium on Mixed and Augmented Reality (ISMAR), and a member at IEEE - Institute of Electrical and Electronics Engineers, GI – Gesellschaft für Informatik e.V., Germany and Amnesty International (ai).

Besides sciences, I spend my time with music and being outdoors. I am the chairwoman of Coro Novo Mundo, a Brazilian-Austrian choir, I sing in the choir of the University of Vienna and love my foldable bike, snowboarding as well as sailing.